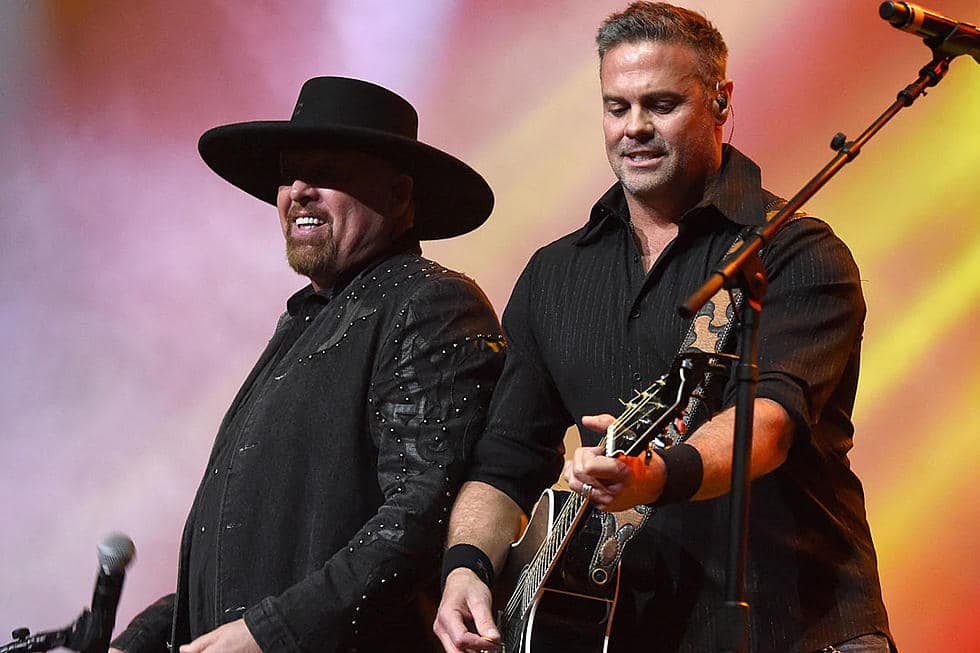 “There’s One In Every Crowd” That is one of my favorite songs sung by Montgomery Gentry, Rest in Peace T-Roy. Sadly in the world of retail you find ‘that guy’ from time to time. I found one this past week that was one for the ages. On Thursday a number comes up on my phone I do not know so I let it go to VM. This number kept calling, 8 missed calls and one voicemail. I check my voicemail. This guy proceeds to leave a 35 second profanity laced voicemail yelling into his phone saying he ordered a Fantom 3.5 motor but he got a Trinity 3.5 motor (and in his words was a junk ass piece of s**t). He went on to tell me I needed to call him back NOW (now being really loud and drawn out). He also even asked me what the f**k was wrong with me sending him this piece of s**t.

I searched for his name in my orders, I could not find anything so I took a deep breath and called him knowing what I was in for. He answered by saying he was on his way to the bank to stop payment to me (not sure how that is even possible when you have been paid). I could barely get a word in edgewise thru his name calling. I have thick skin but with all going on in the world I really don’t need talked to like this so I just hung up. I text him asking him to send me a pic of the shipping label. I get a pic and the ship from address is from someone in Florida. Now I am really confused. Turns out, he sent the wrong label pic….is he drunk I am thinking?  He then sends me the correct label. He ordered from my eBay listings.

Ok, he got the wrong item. My mistake so I asked him to open a return on eBay as its free to him (I pay for the label, he can return it for a full refund or exchange). This guy just proceeded to send text after text calling me names and threatening to post all over social media that I am a thief and I stole from him. Let’s stop right there, if you order something from say Amazon and you get the wrong item do you call Amazon and go on a tirade with a customer service rep? Or go into Walmart and talk to a rep the way he is talking to me over the phone?  He would get a police escort out of the building so how is it right for him to scream at me over a simple mistake that I admitted I made?

I have attached screenshots of the text messages. Please note I did not yell or use profanity at him. All he had to do is just open a return on eBay and send the item back to me for refund, as a buyer he is fully protected. Even if he files an ‘item not described dispute’ with his credit card company they will ask him to return the item. They are not going to let him keep it for free. Remember, this is not my first rodeo. I have been in eCommerce for the better part of 21 years.

He went on to claim he put the motor on his analyzer and it did not read what I had on the motor specs. First off, if its not what you ordered why would you proceed to open it and use the item? He sent me a pic of the tool and of course its a cheap analyzer and far from the more accurate equipment I use. In fact no 2 tools will read the same and each tool has its own way of calculating timing and deviance. There is no industry standard for motor timing measurements Again. remember I have been doing this for years and kinda sort of know what I am doing. He is just trying to justify his actions to himself and get a few people to agree with him.

I checked my eBay account and sure enough he left a negative feedback using the word ‘ass’ in it. I was able to get that removed in less than a day. I decided to check feedback he has left for other sellers. Lots of negatives left for others (see the pic I posted). Seems to like the word thief as he called another seller that in a negative feedback.

Later that night a customer reached out to me saying a guy in a private Facebook group he was in was badmouthing me (see attached pic of that Facebook post).  Again, calling me names, this time a pussy and calling Trinity cheap Chinese junk (again, 90% of all RC products are made in China).  Since that post was made I have had numerous people reach out to me about him and one even said hes got a temper (no kidding?).

If you are still reading this you are probably asking yourself why are you writing this? My reason is simple, I refuse to be treated like that and I really believe people like this need called out for their actions. It is very clear this guy has some anger issues of some sort that were inside of him long before he bought one of my motors. Maybe others he treated like this has not spoken up as they are afraid of him. That my friends is sad. Behavior like this should never be tolerated and it should be brought to other’s attention. We certainly do not need it in our hobby either. 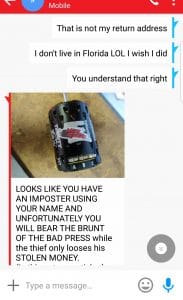 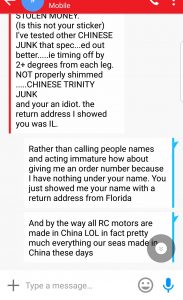 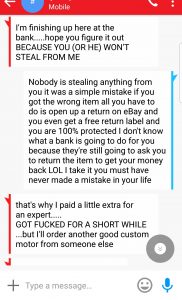 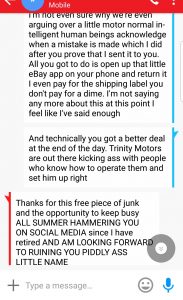 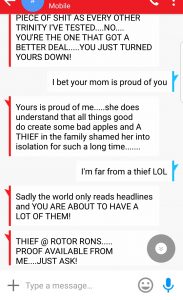 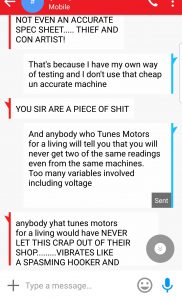 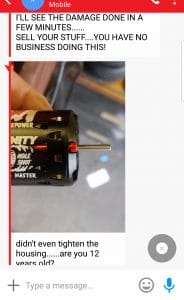 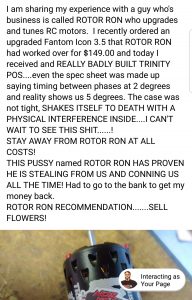 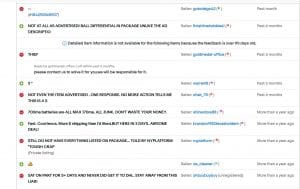